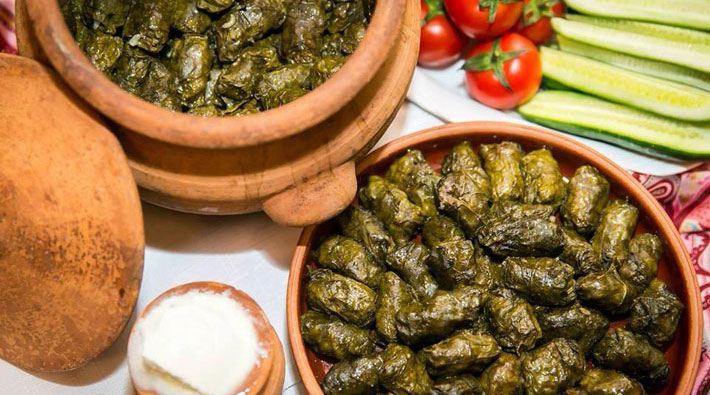 The cuisine of Azerbaijan is one of the most ancient, rich and delicious cuisines in the world. About 2000 dishes are known in Azerbaijan cuisine. Azerbaijani cuisine is an intriguing blend of influences from many nations and countries, and yet it has remained distinctive and unique.

Azerbaijan is an amazing land where various beauties are collected: from a rich history and fascinating nature to a tasty and unforgettable cuisine that does not leave anyone indifferent.

Azerbaijanis used meat of neat and small cattle since ancient times. Our cuisine is rich with meats of wild and domestic animals. Meat of male-animal, two-three years old ship, and meat of gelded animals are considered to be more delicate and delicious. Preference is given to white-velvet like meat of animals of mountain and mountain-foot plains and pastures. This kind of meat contains oil drops only within the structure of cells.

We widely use game and eggs of the poultry and wild birds in our kitchen. Hunting on wild birds starts after melting of snow and after the bills and legs of the birds reddened of the cold. Game of the poultry- goose, turkey, duck and hen is widely used in Azerbaijan cuisine.

The Caspian Sea, rivers Kur, Araz and others, lakes Goy-gol, Jeyranbatan, Goycha and others enriched our cuisine with different varieties of fish dishes which include fried, stewed and stuffed fishes.

Azerbaijanis respect yukha, fetir, lavash, sengek, khamrali, tendir bread and other varieties of bread that are considered to be a special rich of our table. When bread is brought on the table, Azerbaijanis first start their food with it as expression of respect. Azerbaijanis respect bread as Koran and even pray on it.

Plov is the king of all the dishes in our cuisine. There are 200 varieties of plovs in Azerbaijan.

Climate is one of the main factors influencing formation and development of the cuisine in our country. 9 of 11 main climatic types of the Earth, from subtropics to alpine meadows, are represented here which causes richness of flora and fauna, and favorable conditions for developing animals and plants.

Dolma, the most delicious and unique representative of the rich Azerbaijani cuisine, appreciated by the connoisseurs of delicious food, was recognized as the Intangible Cultural Heritage of Humanity by UNESCO. 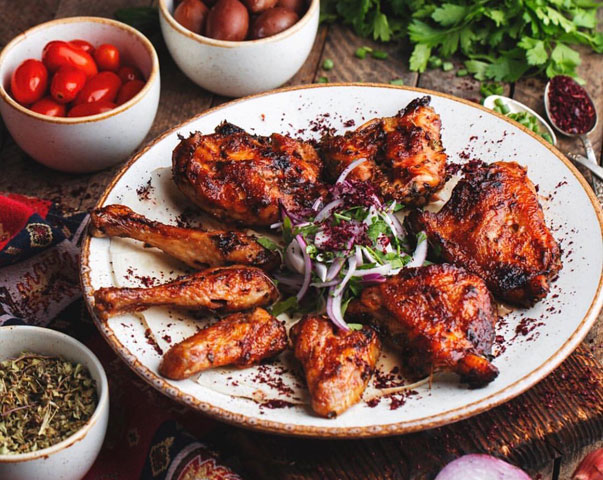 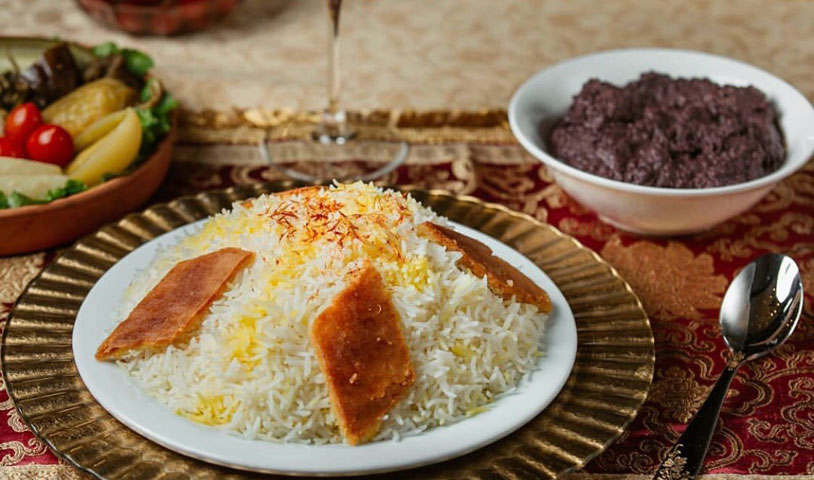 Tea and National Sweets
Previous Next